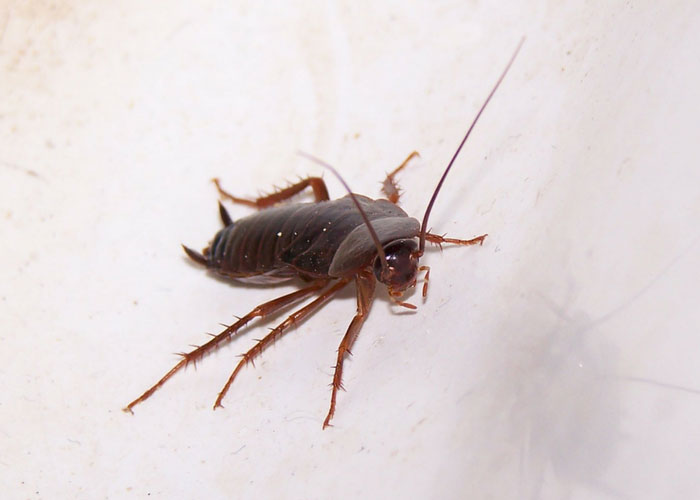 In order to effectively exterminate cockroaches, getting to know the latter insect is not meaningless. Knowing that these insects are amongst the oldest on this earth makes them understand how tough they are. In this article, we will explore different ways to exterminate them, either by yourself or with the help of an expert.

From their origins to present day: Fossils have been found in remains dating back at least two hundred million years, now that’s really something! If more than 3,000 species are listed, they live mostly in the tropics. In temperate climates, Canada included, the latter are certainly much less numerous. The interiors of our homes can be infested, just like the surroundings of such buildings, which is certainly not to be taken lightly. As cockroaches evolve, most of the time in the dirt, the risk that they contaminate our food is rather huge.

Recognize the cockroach: Knowing exactly what we are dealing with is important! Whether it is the Eastern, American or Germanic cockroach, its flat body is supported by long, very slender legs – which comes in handy in terms of running! Theri appearance is specific, the front of the thorax forms an extending plate that nearly covers the entire head. They reproduce at the speed that their eggs hatch – from anywhere between two to three weeks, depending on the species. Furthermore, whatever the name given to the cockroach, it is an invasive and prolific insect.

Prevention: Good housekeeping and daily cleaning are still the best in terms of protection. The cockroach obtains its food from the crumbs on the ground and cooking fat that has leaked over the edge of your stove. These are sources of food that create a feast for these intruders – so cleaning such nesting areas is important, at least, it’s important if you want to avoid endlessly killing cockroaches.

Disinfection: In order to avoid any infestation, it is in fact your house in its entirety that must be irreproachable! If they have already made their nest in your home, scrubbing and scouring them away as often as possible is the only way to eventually get to the end of the problem – and then again, such is not a guarantee. In the long run, not many domestic pesticides can be very helpful, because cockroaches quickly develop resistance to the latter. At best or at worst, you will only strengthen their immune system.

Homemade solution: You can try to exterminate them with a Vaseline-based trap, which is only applicable in the case of a light infestation. By coating the inner walls of a container of this jelly-like substance, you will harvest the cockroaches that will have allowed themselves to get caught. Place a from of bait in order to attract them, like hazelnut cream or peanut butter for example, and a simple access ramp is enough. Cockroaches are captured by the sticky aspect of Vaseline – all that will remain is getting rid of them in the toilet.

Other products: You have the option of boric acid – which is enough to destroy them, a heat gun to smother them and the vacuum, well, it can be used to capture them. However, if you really want to get to the end of such a problem, call on the experts! Not as a last resort but almost, because who doesn’t feel embarrassed when it comes to housing such unhealthy beasts? OutPest is specialized in pest management. By using the best professional products available as well as following the list authorized by the government of the industry, only the experts will overcome a cockroach infestation!